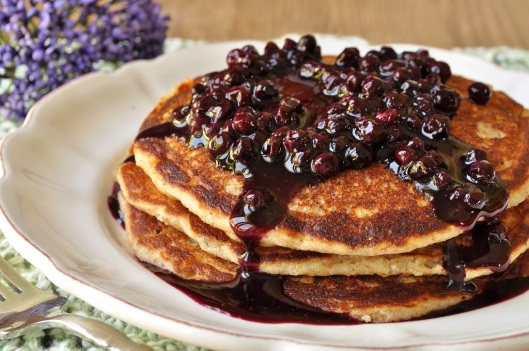 Back in January, I shared a recipe for ginger-almond biscuits that I had created for the “Reading and Refreshments” feature on my siblings’ and my website. Developing the recipe was very exciting for me, since the book we were spotlighting was my own novel. It was such fun to recreate a food that I had written about—certainly without any thought of ever making it myself!

Although I do a recipe for “Reading and Refreshments,” every month (my siblings allow me this privilege, as cooking is my area of expertise), I don’t often allow them to cross over to this blog—I’d rather make new ones. But having said that, I simply must tell you about the recipe that I made for last month’s feature.

We were highlighting my sister’s novel this time, and she went into great detail (like any proper novelist would) about exactly what she wanted. The story is about a princess who, tired of royal restrictions, is given a year to travel about the country in disguise, to find out if there is some other way of life that she would prefer. She is accompanied on the journey by her occasionally domineering cousin Pete; and along the way, a young gypsy maiden and a mysterious knight join their little band.

So, do you have the picture? Medieval travelers roaming the countryside on horseback, searching for adventure, braving dangers, escaping from bandits, etc. What would they have been eating? 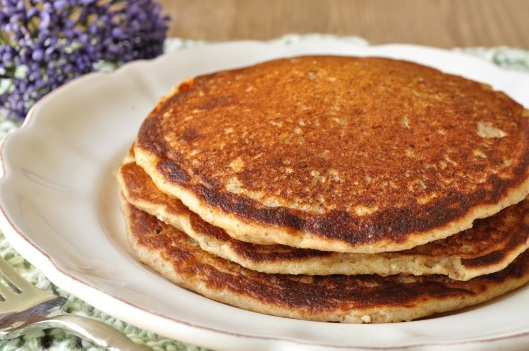 Well, at one point in the story, they have pancakes. (I can’t go into more detail than that, because it would spoil one of the funniest parts of the book.) But obviously these pancakes would have been very different from the ones we usually eat today.

In the first place, travelers would not have been carrying eggs, milk or butter with them; so all those ingredients were out. I used yogurt and oil instead, which have slightly better keeping qualities. For flour, my sister wanted a blend of spelt, the wheat most commonly used in Europe during the medieval period, and almond meal. The pancakes were to be served with a wild berry sauce, as the foursome go berry-picking in the wilds during one of the most significant scenes in the book. 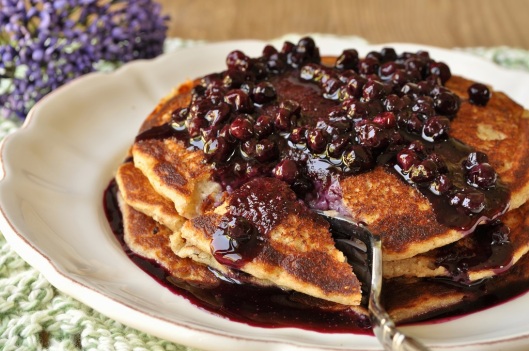 The only “wild” berries I could get my hands on were frozen wild blueberries, which are, I am aware, completely inauthentic, since blueberries are an American fruit and would not yet have been introduced to Europe at the time of the novel’s setting. However, I had to make do with what I could find. I don’t know exactly what kind of berries would have been growing wild in Central Europe during the Middle Ages; if you do, I should love to hear your suggestions.

They also would have used something other than cornstarch as a thickener for their sauce (or, even more likely, nothing at all—I suspect they weren’t as picky about those kinds of things back then.) Still, on the whole, I thought it was a very good effort at replicating the circumstances of the novel, and was very interested to see how it would turn out. 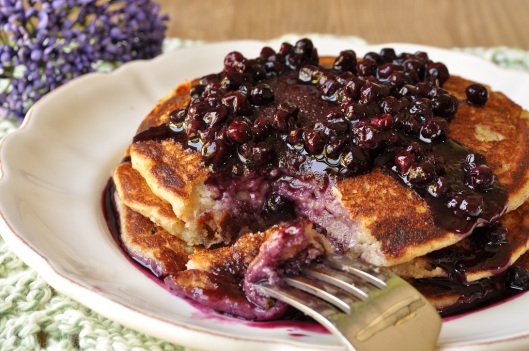 And these pancakes are really quite delightful, so rich and velvety, and the tart berry sauce contrasts wonderfully with their earthy, nutty flavor. I will definitely make them again—even though I am a modern cook who has a refrigerator to keep her eggs and milk fresh and maple syrup to serve on them. 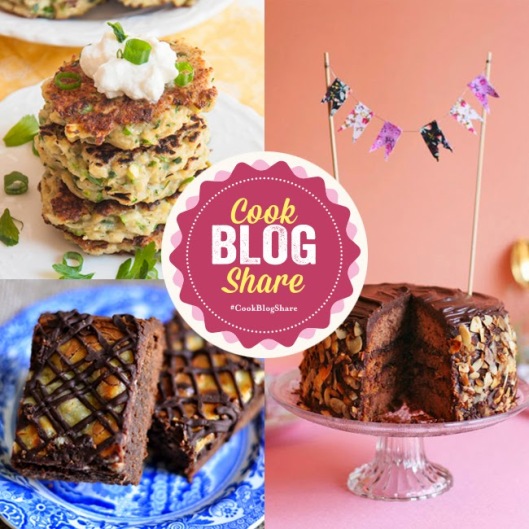 I am sharing this recipe with the Cook, Blog, Share linky run by Lucy of Supergolden Bakes, an absolutely gorgeous blog that I have just discovered. Go over and take a look! Her recipes and photography are stunning.

I am also linking up with the #FamilyFoodies Pancake Party hosted by Vanesther of Bangers and Mash and Louisa of Eat Your Veg. 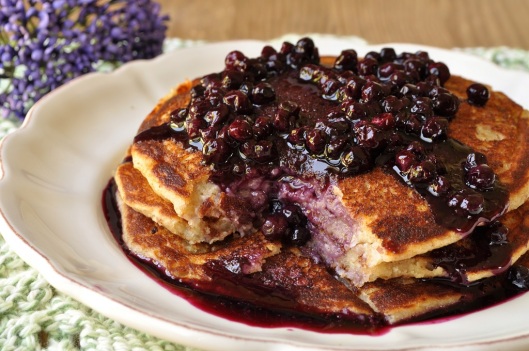 Another egg-free recipe, and also suitable for those who are avoiding wheat but can still tolerate spelt. 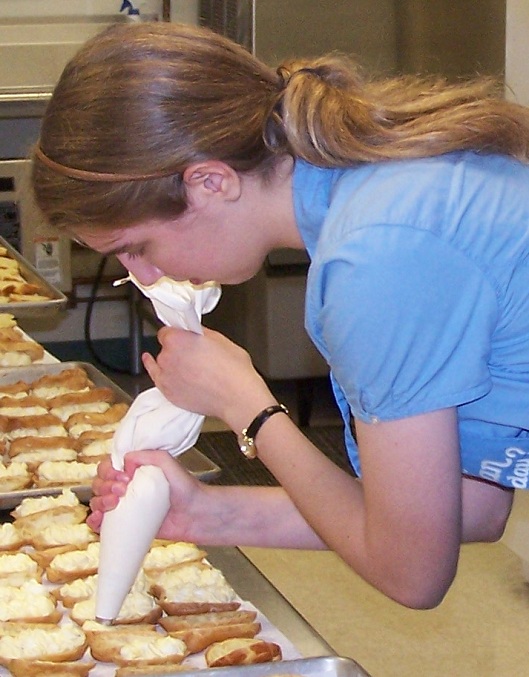 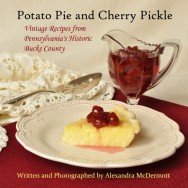 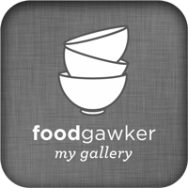 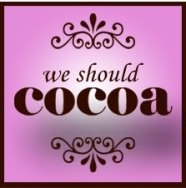 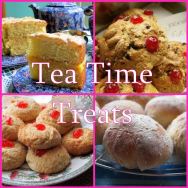 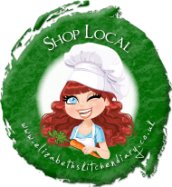 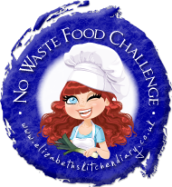 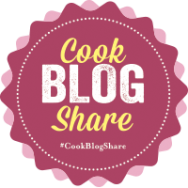 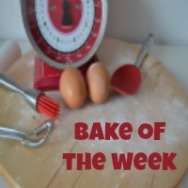 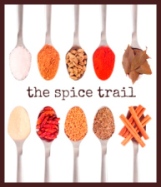 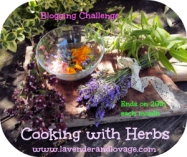